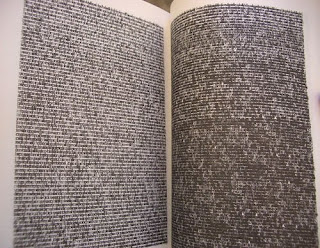 It was imperative, he knew, that he go back to sleep. He could not lie awake during these hours. He wanted to sleep, enter a lovely blackness, a dark, but not too dark, resting place, unhaunted, unpeopled, with no flickering presences.

It is nighttime, January 1895 in London. A man wakes up from a bad dream. Soon we learn that the man is none other than Henry James, the American author who lived most of his life in Europe at the turn of the 19th century. The Master is his fictional biography, relating about four years of the famous author's life from 1895 - 1899.

Colm Tóibín does not reveal what in his novel is 'true' history and what are his own speculations about the novelist. The Master is, above all, a fictional work about what Henry James could have been like, and the kind of life that he may have led. James himself burned all his personal papers before he died in an attempt to keep his private life private. Yet this does not prevent Tóibín from using a fellow-novelist's imagination to portray the author's thoughts, fears and daily routines. The portrait of Henry James drawn in this novel is both deep and complex.

As an author, James was extremely productive, writing over 150 novels, plays and short stories in total. He is probably best known for his novella, Daisy Miller (1879), his novel, The Portrait of a Lady (1881), and his ghost story, The Turn of the Screw (1898). In The Master, the first two works have already been published, establishing James as a popular writer and gaining him the nickname "the Master". Tóibín's novel provides an interesting account of how James discovers the inspiration for his ghost story. James also had an interesting writing technique: apparently he did not write his later works by hand, but dictated his stories out loud to an assistant.

Tóibín's novel is so full of sub-plots that it is difficult to find a single storyline, if there is one. The novel follows Henry James as a successful American author in Europe, his relationship with his family, his affairs with women and friendships with men, his memories of the American Civil War and his critical observations of the European aristocracy. Sometimes you forget that you're reading a biography instead of an autobiography by the man-of-long-sentences himself.

One of the controversial aspects of the novel is how Tóibín portrays James' sexuality. Oscar Wilde's famous trial was going on at the time and James (in this novel) is appalled and disgusted at Wilde's charges of homosexuality. However, at the same time, James finds that he himself is the topic of various rumours, because he has a strange fascination, almost obsession, with some of his male acquaintances.

Perhaps it was lucky (or tragic!) for him that James was not and could not be like Oscar Wilde, who led the life of a gay man in England pretty much as openly as one could at the turn of the century. According to Tóibín, James repressed his feelings so that he "not only didn't have a 'gay life', but had no life at all." Yet paradoxically, the same man wrote some of the greatest portraits of life at the time. 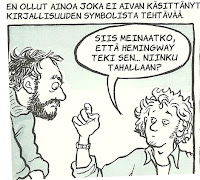