It would be a hard life, but it would be theirs alone. Here at the world's edge, far from everything familiar and safe, they would build a new home in the wilderness and do it as partners, out from under the shadow of cultivated orchards and expectant generations.

In the winter, when it is freezing cold outdoors, but (hopefully) nice and warm inside, when you're curled up on the sofa with a cup of something warm to drink and you're thinking all I need now is a good book to read, this is it. The Snow Child is one of those books that should not be read in the sun during a warm, autumn day (like I did), but in the darkest, coldest days of winter, with freezing temperatures and huge snowdrifts outside.

Jack and Mabel have left their former lives behind and moved to the Alaskan wilderness, hoping to create a new home for themselves, live off the land and grow old together. But living in a cabin in the middle of nowhere proves to be harder than they expect. In the freezing cold winters and short summers, Jack struggles to clear the land and plant crops while Mabel grows more and more lonely and depressed as her thoughts fly back to a baby that she has lost many years ago.

One night, as the first snow falls, the couple decides to build a snow girl together. The following morning the girl has disappeared. Jack is almost certain that he saw a small child running in the woods. Mabel, too, finds tiny footprints in the snow near their cabin...

The thing about this book that makes you want to read on without stopping is that, like Mabel and Jack, the reader is never quite sure whether the snow child is real or an imaginary creature born out of the longing and loneliness of an old, childless couple living in isolation. At times she seems quite real and her existence is explained rationally. But there is always a hint of something ethereal, magical and secretive about her. She is out of this world, but still at home in the Alaskan wilderness, a part of nature. 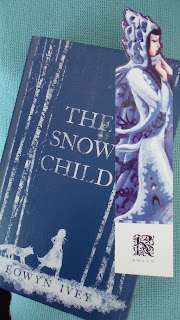 You did not have to understand miracles to believe in them, and in fact Mabel had come to suspect the opposite. To believe, perhaps you had to cease looking for explanations and instead hold the little thing in your hands as long as you were able before it slipped like water between your fingers.

The Snow Child is a truly magical book and reading it was like stepping into a good, traditional fairytale - which is actually what the original story is based on: an old, Russian fairytale about a couple who build a snow child that comes to life. Eowyn Ivey has taken the original story and given it a new setting in Alaska.

Unfortunately the novel seemed to lose some of its magic and wonder towards the end and the ending itself was strange. But overall, I enjoyed the quiet, calm pace of the novel and its mournful, wintery mood.

I hope that The Snow Child will be translated into Finnish soon. I think that Finnish readers will really be able to appreciate the wild, wintery landscape of the novel, the dark days when the sun hardly rises, the smell of the spruce trees and the frost creeping inside the log cabin... :) 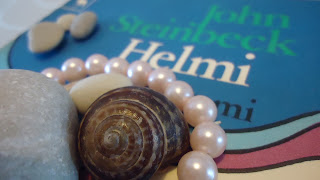 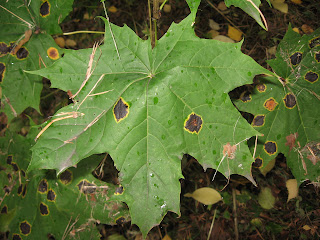