Oscar was a social introvert who trembled with fear during gym class and watched nerd British shows like Doctor Who and Blake's 7, and could tell you the difference between a Veritech fighter and a Zentraedi walker, and he used a lot of huge-sounding nerd words like indefatigable and ubiquitous when talking to niggers who would barely graduate from high school.

Dominican-American Junot Díaz won the Pulitzer Prize for Fiction for The Brief Wondrous Life of Oscar Wao, his first and (so far) only novel. Kind of like a Caribbean John Irving novel gone nerdy, Oscar Wao is a complex and fragmented story about a Dominican family who later immigrate into America.

The main character, Oscar Wao, epitomises a classic nerd, and the sections of the novel that are narrated from his perspective are by far the best ones in my opinion. If you're familiar with your Tolkien, RPG and preferably a wide range of science fiction and Japanese comics, you're in for an intertextual treat. Some of the random references were completely foreign to me, but the carefully crafted über-nerd character of Oscar Wao is sure to appeal to a particular section of society. ;)

Mixed with the tragicomic life of Oscar is the story of his family and older relatives who live under the reign of Dominican dictator Rafael Trujillo. The novel documents life under Trujillo's rule in detail (complete with explanatory footnotes that take up entire pages!). This is all, of course, told in a mixture of English and Spanglish, with numerous Spanish words and phrases left untranslated, thus distancing the less proficient reader. I have to admit that I mainly just skimmed over these parts, not bothering to check or try to understand the exact terms or complex historical details.

I can see why the novel received such a positive welcome in America, and it's no doubt a good read anywhere else in the world.

'Is it true,' she said, 'that England is like a dream? Because one of my friends who married an Englishman wrote and told me so. She said this place London is like a cold dark dream sometimes. I want to wake up.'
'Well,' I answered annoyed, 'that is precisely how your beautiful island seems to me, quite unreal and like a dream.'
'But how can rivers and mountains and the sea be unreal?'
'And how can millions of people, their houses and their streets be unreal?'
'More easily,' she said, 'much more easily. Yes a big city must be like a dream.'

Jean Rhys' Wide Sargasso Sea is considered to be one of the most important postmodern feminist texts. It is a classic example of a postcolonial text 'writing back' to its colonial counterpart. In this case that counterpart is Charlotte Brontë's Jane Eyre.

I remember being puzzled by the existence of the madwoman in the attic when I first saw Jane Eyre as a movie adaptation. The woman's presence was hardly explained any better in the actual novel. Apparently during his wild youth, Mr. Rochester travelled to the Caribbean colonies where he met and married a beautiful Creole woman. After returning to England with his imported wife, Mr. Rochester realised his grave mistake: the woman, Bertha Mason, turns out to be (or was rapidly on the way of becoming) mentally instable, a shrieking lunatic. Rochester, the practical, problem-solving man that he is, decides that the best way to deal with his difficult wife is to lock her up in a small room in the attic and pretend that she does not exist! This is where Jane Eyre steps in the picture. A calm, quiet, innocent English girl, she is everything that Bertha is not. Who can blame Mr. Rochester for wanting to marry Jane instead?

I think that many of today's readers find Mr. Rochester a deceitful and horribly insensitive husband, but perhaps at the time, the treatment of Bertha would have been more understandable to readers. After all, she was a "foreigner", a colonial subject from another world, a cultural background that, back then, justified discrimination and subordination. She is treated like an animal, a beast that Rochester and Jane have to deal with before they can be together.

In Wide Sargasso Sea, Jean Rhys takes the character of Bertha Mason and gives her a personal history, a background and a voice. She tells the story of Antoinette (Bertha is a made-up name her husband insists on giving her), a Creole girl growing up on the island of Dominica in the Caribbean. Antoinette's life changes when she marries a nameless Englishman, no doubt Mr. Rochester. Unlike her, he does not feel at home on the colourful island and cannot understand his wife's sympathies with the local people. His increasing doubts are further supported by rumours about a streak of madness that runs in Antoinette's family.

Told through the competing voices of Antoinette and Mr. Rochester, the novel shows two sides of a relationship that seems to be doomed from the very beginning. Neither can fully understand the other, but Rochester desperately tries to define and construct a patriarchal image of his wife that he would be able to control and restrict. When this fails, he takes her to England and restricts her life in a much more concrete way: by locking her up in a small room in the attic. And we remember how Jane Eyre ends... 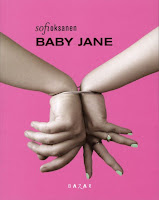 Okonkwo ruled his household with a heavy hand. His wives, especially the youngest, lived in perpetual fear of his fiery temper, and so did his little children. Perhaps down in his heart Okonkwo was not a cruel man. But his whole life was dominated by fear, the fear of failure and of weakness.

A landmark and pioneer of modern African fiction written in English, Chinua Achebe's Things Fall Apart caused a mixed reaction in me. On the other hand, the novel is highly readable, the plot is fairly simple, many events seem mundane. But then again, it seems difficult to understand and really get into the story. Everything is so very foreign, so distant, so strange and challenging for a Western reader with no first-hand experience of any African, let alone Nigerian, culture or society.

Things Fall Apart tells the story of Okonkwo, a strong and respected man in his tribe. He is the master of his three wives and children, ruling them with a patriarchal, violent attitude that does not tolerate weakness. However, Okonkwo unwillingly becomes a tragic hero as he has to deal with the consequences of breaking tribal laws. The arrival of Christian missionaries into the region also creates conflict.

The novel has been translated into about 50 languages, but - for some reason - Finnish is not among these.