Julian Barnes: The Sense of an Ending

History isn't the lies of the victors, as I once glibly assured Old Joe Hunt; I know that now. It's more the memories of the survivors, most of whom are neither victorious nor defeated.

Last year's Booker Prize winner was a must-read for me. I have never read anything by Julian Barnes before, which is clearly a mistake. If the rest of his novels are half as good as The Sense of an Ending, they are definitely worth reading.

The main character, Tony, and his friends Alex and Colin meet Adrian Finn at school. Serious, philosophical and infinitely mysterious, Adrian becomes the glue that holds their small clique together, even after their graduation. But then Adrian commits suicide and the three remaining friends lose touch with each other.

Now Tony is retired, divorced and ageing. He feels content with his life, accepting the inevitable forgetfulness that age brings. But a letter from a lawyer raises new questions about what really happened to Adrian and why. As Tony tries to come to terms with the past, he meets old friends and ex-girlfriends from decades ago.

The novel is about a tragic friendship, the unreliability of personal memory and the regrets that old age can bring. It also explores the definition of history and how it is related to the archives of memory. As Adrian says in the novel: History is that certainty produced at the point where the imperfections of memory meet the inadequacies of documentation.

The novel is intense, carefully structured and surprisingly short and compact. Barnes is one of those writers who obviously knows how to craft beautiful sentences. Although the novel is relatively fast to read, it is also worthwhile to slow down and savour the language.

I thought the ending of The Sense of an Ending was frustrating and confusing! There is a strange and unexpected twist at the end, which made me want to read the book all over again to see if I could make sense of it from a new perspective.

But I might just read it again simply because it was so good. :) I really hope that the book will be translated into Finnish as well. Definitely one of the best novels that I have read in a long time!

He stayed awake for a while trying to think about what was going to happen, but he could think of nothing except the empty house at home, everything still and untouched in the darkness, all of the rooms quiet, the fire gone out, the milk he collected in the morning, which now seemed so far away, slowly going rancid in the night. He imagined each room, each piece of furniture until slowly he, too, fell asleep.

I got this edition of The Heather Blazing with its beautifully designed cover from my wife for Christmas. I've been wanting to read more novels by Colm Tóibín, especially after reading - and enjoying - Brooklyn so much.

The Heather Blazing is Tóibín's second novel and set in his home country, Ireland. The main character is Eamon Redmond, a judge in the Irish High Court. As Eamon spends his days preparing for complicated court cases in a small village on the Irish shore, he begins to remember his childhood and the death of his father. At the same time, he also recalls his relationship with his wife and daughter.

The Heather Blazing is a very slow-paced novel, full of gloomy memories, Irish politics and the rainy seaside village that provides the setting for both Eamon's childhood memories and his present days. The novel seems fairly simple: not much happens - an old man is just remembering his childhood. But somehow the atmosphere of Eamon's childhood summers and the relationship with his father are closely related to the summers of his adult life and the relationship between him and his wife. Once you notice the similarities between the two, the novel's structure actually becomes quite complicated.

This was a very strange novel and I found it extremely difficult to somehow dig under the surface of the story. :) Not the "easiest" novel by Tóibín to read. The tone of the novel and the setting reminded me of The Blackwater Lightship, but the characters and the tension in the novel were not as interesting in my opinion. So a bit of a disappointment...

1Q84 - that's what I'll call this new world, Aomame decided.
Q is for "question mark." A world that bears a question.
Aomame nodded to herself as she walked along.
Like it or not, I'm here now, in the year 1Q84. The 1984 that I knew no longer exists. It's 1Q84 now. The air has changed, the scene has changed. I have to adapt to this world-with-a-question-mark as soon as I can. Like an animal released into a new forest. In order to protect myself and survive, I have to learn the rules of this place and adapt myself to them.

It took me several months to read Haruki Murakami's 1Q84 - not only because the book is a whopping 925 pages long with its three volumes, but also because I enjoyed savouring the story at a slow pace, concentrating on the language and details of Murakami's story.

The novel starts with a beautifully written scene: a young woman named Aomame is riding in a taxi in Tokyo, listening to Janáček's Sinfonietta which is playing on the car radio. Her peaceful drive is interrupted by a traffic jam on a highway, and it looks like Aomame will miss her important appointment in Shibuya because of the delay. Unless she is willing to do something a little... extreme. She climbs down a stairway used by maintenance workers that leads down from the highway to the streets below. But once she has climbed down, Aomame realizes that the world is not the same anymore.

Although the quote above makes 1Q84 sound almost like a scifi novel about an alternate universe, it's not. 1Q84 is a parallel place that does not differ so much from "our" world, the world of 1984. In fact, the differences between the two worlds are so small that most people do not even notice them at first. Like the fact that there are two moons in the sky...

While Aomame struggles to cope with the new world that she finds herself in, an up-and-coming writer Tengo receives a strange offer: a beautiful, socially incompetent teenage girl has written about her experiences in a closed religious cult and it is up to Tengo to ghost-write the girl's writings into a novel that is bound to win all the literary awards. Undertaking this job brings Tengo in touch with a cult that is as secretive as it is powerful.

The novel is packed full of intriguing and mysterious characters. There's the wealthy, old lady who manages a shelter for abused women; a private investigator who is so ugly that nobody suspects that he knows more than it appears; a television fee collector who relentlessly pesters those who have not paid their fee; a pair of bodyguards who do not hesitate to do their duty... There are very dark elements among the colourful cast of characters, as Aomame describes:

A man who finds joy in raping prepubescent girls, a powerfully built gay bodyguard, people who choose death over transfusion, a woman who kills herself with sleeping pills while six months pregnant, a woman who kills problematic men with a needle thrust to the back of the neck, men who hate women, women who hate men: how could it possibly profit the genes to have such people existing in this world?

Despite these brutal and violent characters and themes, the novel is ultimately a love story - as most great novels are... :) I can understand why this has been called Murakami's "magnum opus", his greatest work to date. The novel is packed full of all the goodness that makes Murakami an amazing author: believable, interesting characters; a plot full of surprises and twists that unravels slowly; tension that builds up and keeps you riveted and eager to see what comes next; events that border on the surreal, the magical; and language that you can only admire. I think I've said this before, but reading a book by Murakami is like visiting a familiar place: you can sit back and relax and know that you will be in safe hands, always entertained, never disappointed.

At one point in the novel, Aomame reads the novel ghost-written by Tengo, and describes the language of the novel in a way that I think also applies perfectly to Murakami's own writing:

While the writing was deceptively simple, a closer look revealed that it was in fact calculated and arranged with great care. No part of it was overwritten, but at the same time it had everything it needed. Figurative expressions were kept to a minimum, but the descriptions were still vivid and richly colored. Above all, the style had a wonderfully musical quality. Even without reading it aloud, the reader could recognize its deep sonority.

Somehow I don't think that 1Q84 will be translated into Finnish any time soon, although it certainly would deserve it... Perhaps the recent translation of Norwegian Wood is a sign that Finnish publishers are (finally!) also discovering some of Murakami's earlier novels - and there are quite a few of those still left to translate. :) 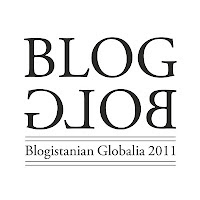