Vikas Swarup: Q and A

If you were to search for me in this crowded maze, where would you look? You would probably try to find me among the dozens of children stretched out on the smooth concrete floor in various stages of rest and slumber. You might even imagine me as an adolescent hawker, peddling plastic bottles containing tap water from the station's toilet as pure Himalayan aqua minerale. You could visualize me as one of the sweepers in dirty shirt and torn pants shuffling across the platform, with a long swishing broom transferring dirt from the pavement on to the track.

This is the original book behind the award-winning blockbuster Slumdog Millionaire. But if, like me, you thought that the movie probably resembles or follows the basic plotline of the novel, you will realize that you are wrong not long after you start reading. For once, the novel and the movie are so different that I don't think anyone can go around complaining about how the movie left out this-and-that, or that the novel did not receive the credit or treatment that it should have. With the exception of the basic setting and themes, almost everything is different: the names, the places, the relationships, the questions on the quiz show, the stories that are told... The novel and movie are pretty much incomparable.

Q and A begins with a poor waiter, Ram Mohammad Thomas, who has just answered 12 questions correctly in the quiz show Who Will Win a Billion? It is suspected that he has cheated and his lawyer begins to question him about how he could possibly know the answers to all the questions. Ram relates the story of his life in non-chronological anecdotes, from being abandoned in a rubbish bin by his mother, to being brought up by a priest, Father Timothy. Among other things, he becomes a servant to an Australian colonel and his family, stays with an ageing Bollywood actress, takes on the job of a tourist guide at Taj Mahal in Agra and listens to drunken men complain about their lives in a Mumbai bar.

Ram's story is a story of survival, of coincidental meetings between people from the different walks of life - from gay priests to contract killers, from incestuous fathers to foreign spies, from prostitutes to autistic children. The story also takes him, quite literally, from rags to riches. The baddies get what they deserve and the goodies win. Yes, this is a kind of fairytale. Magical and colourful, but very unrealistic. 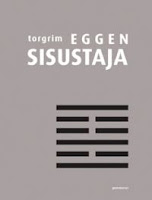 Actually, I'm one of the 'gypsies', as the other musicians call us, one of the guys who move around the piazza, helping out whichever of the three cafe orchestras needs us. Mostly I play here at the Caffè Lavena, but on a busy afternoon, I might do a set with the Quadri boys, go over to the Florian, then back across the square to the Lavena. I get on fine with them all - and with the other waiters too - and in any other city I'd have a regular position by now. But in this place, so obsessed with tradition and the past, everything's upside down.

Something new: a collection of short stories by Kazuo Ishiguro, whose writing career has mainly consisted of novels so far. Ishiguro's short stories somehow remind me of Haruki Murakami's stories, minus the quirky, supernatural elements. I think this is mainly because of the lonely, single main characters and the large role that music, especially jazz, plays in the novels.

Nocturnes: Five Stories of Music and Nightfall includes five pieces of fiction that flow like improvised jazz songs. Café musicians in Italy, an up-and-coming jazz player recovering from plastic surgery on the 'hush-hush floor' of an exclusive Hollywood hotel, a music-loving English teacher trying to patch up his friends' marriage and a guitarist on holiday at the Malvern Hills...

The general undertone of the stories is pessimistic. There is an overwhelming sense of nostalgia, regret and unfulfilled potential. However, a couple of the stories balance this heavy atmosphere with witty, if somewhat predictable, humour.

Seregil balanced precariously atop the shard-lined wall, impatiently scanning the shadowy garden below for his misplaced partner. Alec has been right behind him when he'd shimmied out the library window, or so he thought.
Everything about this job had taken too long...

Lynn Flewelling's Nightrunner series is one of the vices from my younger and more vulnerable years. :) The first three books of the series (which - I was sure at the time - was meant to be a trilogy) gripped and fascinated me, so much so that I read them multiple times. It wasn't quite Harry Potter, but it was close... Besides, Seregil and Alec had a far more dangerous and alluring air about them with their electric relationship full of sexual tension and constant near-death-experiences. Teenage fangirl material at its best! ;)

Now, almost 10 years after the publication of the third book of the "trilogy", Flewelling has decided to extend the series into what is now a pentalogy. The fifth book, The White Road, is scheduled to be published in May this year. According to Wikipedia, we can expect two (!) more books after this.

Returning to the city of Rhímínee with Alec and Seregil is like having a reunion with old, familiar friends that you haven't seen or heard of in years. Flewelling, however, ignores the years that have passed between the publication of the trilogy and continues Shadows Return pretty much from where Traitor's Moon (book 3) ended. So for those who really want to appreciate the story, it might be a good idea to read the first three books first or at least revise them a bit.

I keep on thinking that I've grown past the age when this kind of fantasy can seduce me, but Flewelling proves me wrong again. I don't know how she does it, but once she gets the wheels of the story rolling, there's no stopping them. She's a brilliant story-teller and reading this book, I didn't really feel that I was simply reading as in turning the pages, but rather devouring the story in the most positive sense of the word. Few books are so successful in making me forget the passing of the time and embrace total escapism. :)

Perhaps it's not such a good idea to write a review immediately after finishing the book, because I seem to be incapable of considering it objectively enough to find anything to criticize about it. Well, yes, it is predictable. Yes, there are strange discrepancies in the plot. Yes, Seregil and Alec occasionally talk exactly like American teenagers, complete with contemporary swear words. But so what when it's all so entertaining and enjoyable? :P

Finally, a spoiler: when I first read the Nightrunner trilogy years ago, I remember hoping and wishing - without any reason to believe that my hopes would ever come true - that Flewelling would continue the series with a book that has Ilar in it. Somehow this came true...

Githa Hariharan: In Times of Siege

Shiv now asks himself (or his father): What makes a fanatic? A fundamentalist? What makes communities that have lived together for years suddenly discover a latent hatred for each other?

Githa Hariharan's novel about contemporary India deals with themes and issues that can be applied to almost anywhere in the world. How do the power politics of a society affect the lives of individual people? What can one person do about it: how do you make a difference when faced with a larger force both powerful and intangible?

In Times of Siege explores a clash between the secular, plural version of Indian history and the more black-and-white version offered by religious Hindu extremists. This clash is most severely felt by the somewhat boring character of Shiv Murthy, an ageing Professor of History in New Delhi, whose lesson on one of the heroes of Indian mythology causes unexpected controversy among the more traditional circles of Indian society. Shiv, with the help of the radical young Meena, who is staying with him while her broken leg is healing, has to explain himself first to the university, then to the scoop-hunting media, and has to finally deal with the religious fundamentalists themselves.

The novel's tedious plot failed to keep me interested for most of the way, and some events were completely unrealistic (e.g. Shiv's and Meena's growing attraction for each other). However, the topic of the novel is topical and universal: to what extent can history be rewritten and reinterpreted from different points of view? Whose view dominates and whose is "correct" - and what happens when these two do not converge? 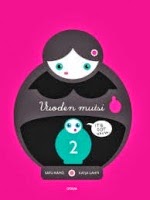