Agatha Christie: By the Pricking of My Thumbs

Her eyes opened, she looked at Tuppence and said,
'I see you're looking at the fireplace.'
'Oh. Was I?' said Tuppence, slightly startled.
'Yes. I wondered-' she leant forward and lowered her voice. '-Excuse me, was it your poor child?'

I read By the Pricking of My Thumbs some time ago, but decided to write a review now during a week dedicated to detective fiction in this blog.

The novel is part of the "Tommy and Tuppence mystery" series. Shamefully I must admit that I thought that Tommy and Tuppence were both men, kind of like Sherlock and Holmes. I didn't realize that Christie (the woman created Miss Marple, for goodness sake!) obviously had a male-female pair of detectives.

Tommy and Tuppence are Thomas and Prudence Beresford, an ageing husband and wife with connections to the British intelligence services.

In the beginning of the novel, they visit elderly Aunt Ada at the Sunny Ridge nursing home. Tuppence encounters an old woman, Mrs Lancaster, who tells her about a dead child behind a fireplace. The matron of the home, Miss Packard, dismisses the story as an old woman's "fancies", but Tuppence is intrigued. Even more so when Mrs Lancaster disappears from the home only weeks later without a trace. Tuppence's only clue in the investigation is a painting that Mrs Lancaster gave to Aunt Ada before she disappeared. 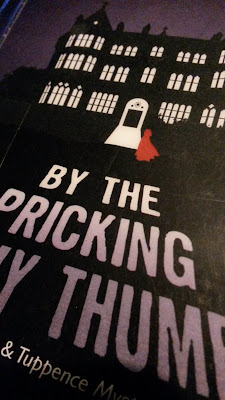 The novel is surprisingly sinister and macabre with elements familiar from horror stories. When ragged dolls start falling down chimneys in abandoned houses, I certainly get chills down my spine.

The book also contains some elements of a thriller with hints of organised crime and gangs, criminal networks consisting of cells. But at the heart of the crime is still something personal, not a faceless evil, but a human one. The solutions is - as always with Christie - quite unexpected, but perfectly constructed.

There is also a sense of wistful nostalgia in the novel. Tuppence does the main detective work here while her husband tries to keep up with her, but both of them are getting old.

Some of the front covers of different editions of the novel are interesting: 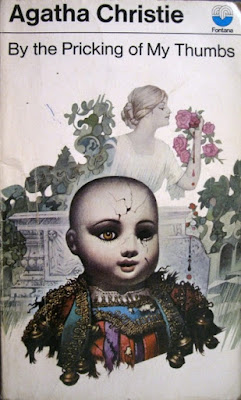 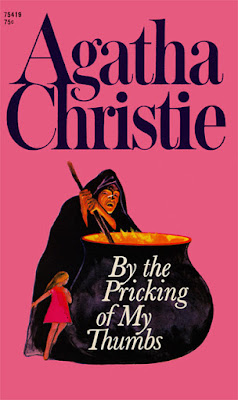 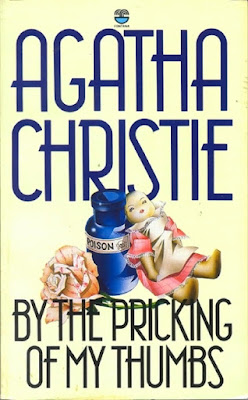