I don't fit the world of everyday things, the people going about their daily routines, bed on time, up on time, dinner on time. I don't want to be part of it. Sometimes I long for a monk's cell, a hole in the rock, a bower in the woods, so my mind can flood all directions like water, the sea.
Time to gaze. On waves. Rise and fall, the breathing of the world.

First of all, even before I started reading this book, I had to look up the word 'menagerie' in a dictionary to find out what the title of the novel actually meant! I learned that menageries are what preceded modern-day zoos: they were private collections of exotic animals, often owned by aristocracy or others who kept a travelling circus.

Carol Birch's novel starts off with a small boy living in London, in a wooden room that jutted out over the black water of the Thames, in the mid-1800s. Jaffy Brown is 8 years old when he is almost eaten by a tiger that has escaped from Mr Jamrach's collection of exotic animals (And Jamrach's menagerie actually existed! A man named Charles Jamrach owned an exotic animal collection in London in the 19th century.). Jamrach himself rescues the boy and subsequently hires him to take care of the animals in his travelling exhibition. It is there that Jaffy begins to feel the urge to go to sea, have an adventure, see strange lands and strange creatures:

Three years and come back a man, come back changed. See the strange places I itch to see. See the sea. Could you ever get sick of the sight of the sea?

It turns out that you can. 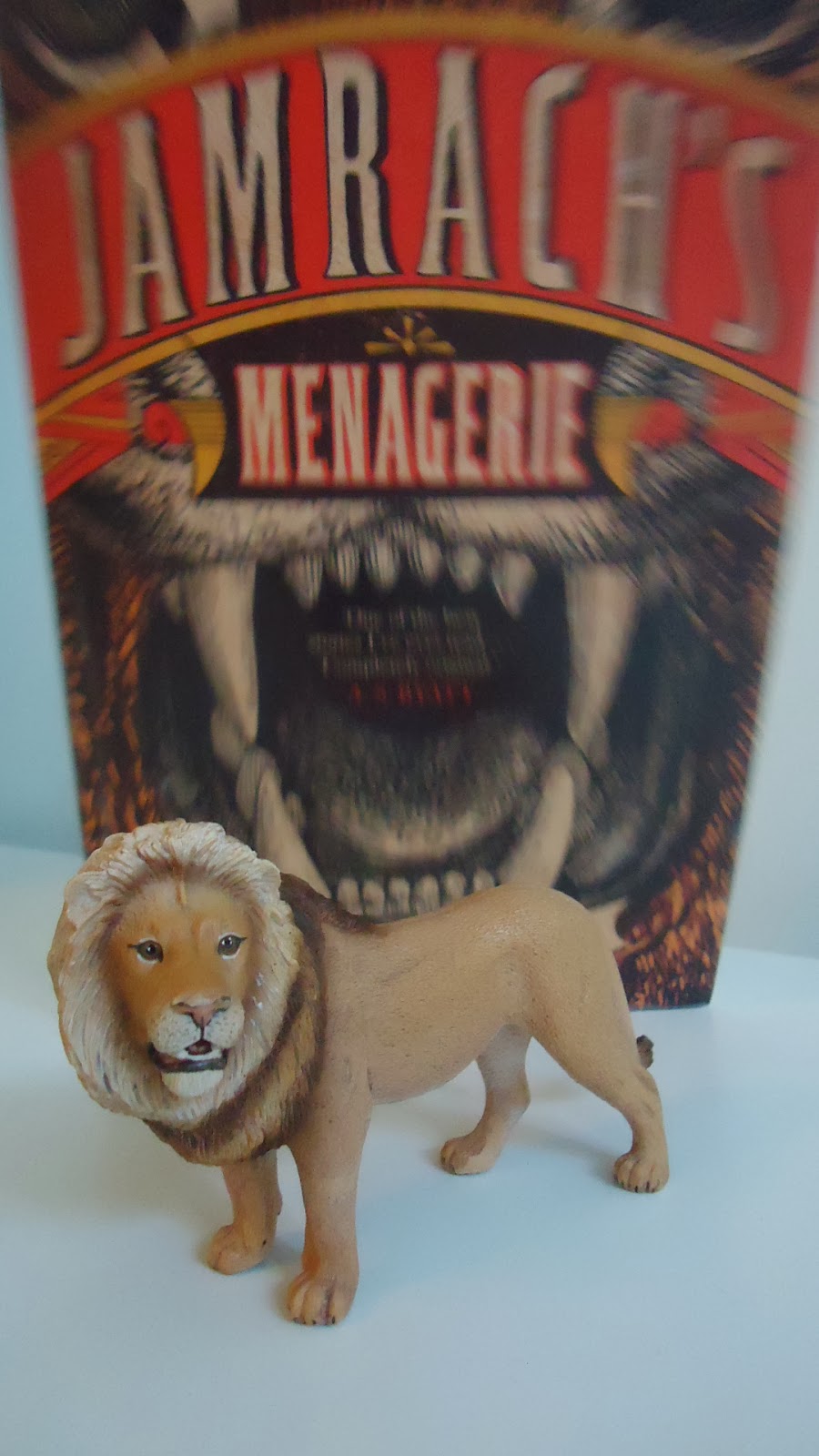 When young Jaffy sets out to sea on a whaling ship bound for the East Indies, he is full of excitement and enthusiasm, mixed with anxiety and fear. The novel suddenly shifts from the dark streets of London to the vast, open sea, and becomes a good, old-fashioned adventure story - just like the ones I used to devour as a child! I loved the way Carol Birch describes the voyage, being on board a ship, the everyday life of the sailors, the unpredictability of the sea and the strange, far-away places that the sailors get to see and visit. I could almost imagine myself on the ship, in Jaffy's shoes, feeling sick or admiring the waves or waiting for a storm: feeling the rain come down in a torrent, sudden as an upturned bucket, and hearing the thunder, like an old dog growling in its sleep. There is something magical and nostalgic about sea adventures. Jaffy and the reader are also asked to believe in a bit of magic and fantasy, as Jaffy and other crew members attempt to find and capture a dragon for Jamrach's collection.

Just when I was happily enjoying Jaffy's exciting adventure, the novel takes another steep turn and this time ends up in a dark, raw, primitive, heart-wrenching place. Gone is the exciting adventure at sea, the fantastical dragon, the dreams of a young boy. I do not want to spoil the book for anyone, so I'll try not to write more about the plot. But I must say that this is one of the most impressive, original and gruesome stories that I have ever read. Carol Birch strips the characters down to their very soul, reveals what happens to the human body in the most extreme conditions, and allows the reader to see and imagine what happens to the mind and soul when all is lost, and the only primitive goal is to live and survive.

There were times when I did not want to read any further, because the nightmare just seemed to go on and on. But just like it's almost impossible to force yourself to wake up from a dream, it was also impossible to put this book down - even when it was sad and terrifying!

Do not be fooled by the title of the book. The novel is not about Jamrach or his menagerie. It is about the most primitive, ugly aspects of human nature, but also about the age-old themes of love and friendship. It is a story of how utterly helpless we can be when faced with the unfamiliar wildness of the natural world, the wilderness and the sea.

It is difficult to write about this book, because I feel like I can't find the right words to describe how amazingly horrible and horribly amazing it is. :)

Jamrach's Menagerie is kind of like Yann Martel's Life of Pi meets Herman Melville's Moby Dick with a bit of William Golding's Lord of the Flies mixed in. But at the same time, it's completely original.

A stunning, strange and magical book that I will not forget for a long, long time.